As a general term, aspect ratio normally refers to the proportions of an object’s size in different dimensions.

For instance, for a rectangle, its aspect ratio is the ratio of its width to its height.

Television and films lovers are bound to have come across the term on numerous occasions.

This is because the film and television industry has adopted the concept, and is used to describe important aspects of the display of movies, TV shows and even still photographs.

In the entertainment industry, the term aspect ratio is used to describe the proportional relationship between an image’s width and its length.

The standard practice is to express as W:H, with W being the width and H being the height.

Since it is expressed as a ratio, it does not have any units of measurement and can, therefore, describe anything from inches to centimeters.

Since the concept first started being used in the early 20th century, many aspects ratios have risen and fallen in popularity. 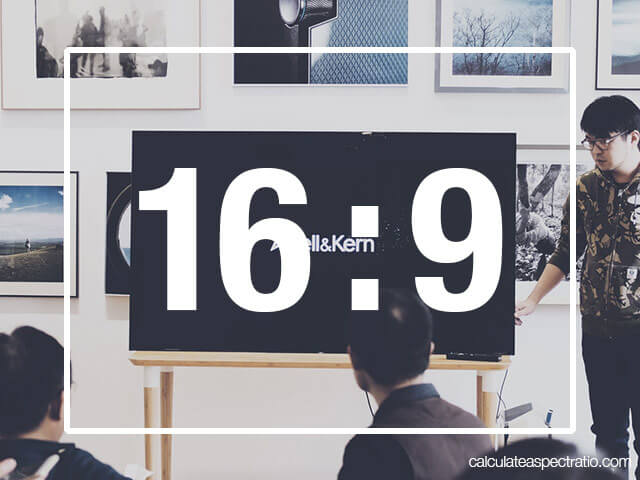 The 4:3 aspect ratio is what you would typically find on old generation TVs while the more modern digital TVs normally have the 16:9 aspect ratio.

Due to its length, the 16:9 aspect ratio is popularly known as the widescreen aspect ratio.

The 21:9 ratio is called the cinema standard due to its popularity in the theatre industry.

Of course, there are other aspects ratios in use today, though some are not as common. For example, IMAX uses its own unique ratios, typically 14:10 or 19:10.

As you can see, one only has whole numbers, but the other has decimal places, but both are just the same thing. 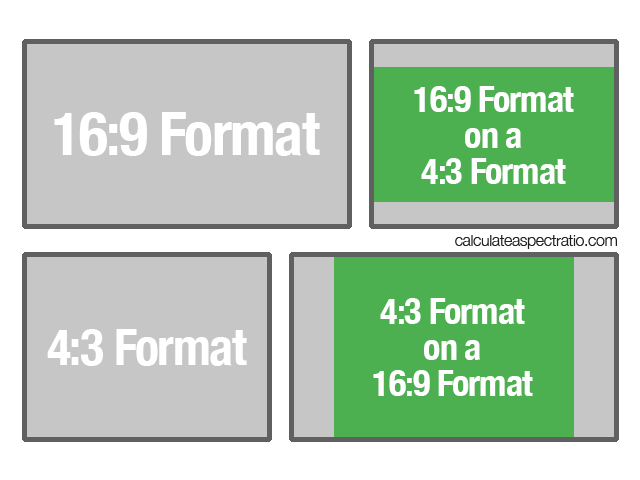 The type of aspect ratio you end up with depends on the cameras you used to shoot.

Some are permanently set to shoot in a certain aspect ratio, but some give you the option to choose which format you prefer.

Due to the differences in the in the media formats and on the display technology, manufacturers have made it possible to adjust the aspect ratio.

When you adjust the aspect ratio on your TV screen or computer monitor, there are two outcomes you can get.

To get rid of the black boxes, you can either opt to crop the picture thereby removing some details or stretch it and distort it.

Only when you play media with the same aspect ratio as the screen can you get a perfect image.

As the person behind the camera, understanding the concept of aspect ratio will help you produce more quality work.

As a consumer, you will know how aspect ratio affects the quality of your viewing experience and therefore how to manipulate it for the best results.