What is Aspect Ratio?

You don’t need to be a tech genius or even all that knowledgeable about computers.

Aspect ratio is simply a term to describe the proportional relationship between the width and height of any image. An example of this is films at the movie theater have as aspect ratio of 16:9.

This has nothing to do with the actual quality or size of the image, it just means that the width of the image is almost twice as high as the length, but not quite.

Most television as well as computer monitors, however, have an aspect of 1.33:1. This means that tv and computer screens are generally a lot closer to square than the big screen you see at the cinema.

This is why most modern television sets have a “widescreen” option, so that movies may be watched closer to their original format, and nothing has to be cut out of the shot.

The term “aspect ratio” first related to geometry and shapes, then was later adapted to both moving and still images.

Originally, it meant the aspect ratio of a geometrical shape, or the ratio between its different sides in various dimensions. 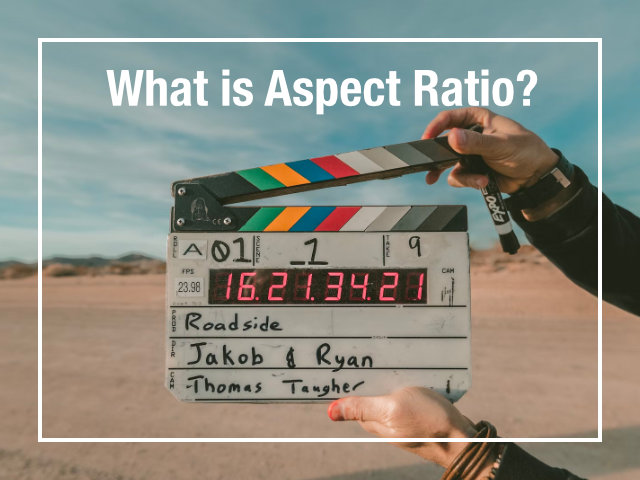 Aspect ratio for shapes is represented by x:y, but the actual numbers do not matter as long as the ratio remains the same, just as with image aspect ratio.

For example, a rectangle’s aspect ratio is the ratio of its long side in relation to its short side.

If you find yourself needing to resize a photo or video, it is important to know about aspect ratios, as using an aspect ratio calculator will help you correctly edit your image so that it fits into the required parameters.

By using aspect ratio calculator services, you will be able to better resize all sorts of images in order to use them on your website blog, or simply on facebook.

Aspect ratio calculators are also helpful in reducing the size of images and videos while staying true to their original aspect ratio and not messing up their proportions.

Using our aspect ratio calculator is easy as well. You divide the original height by the original width and then multiply this number by the new width, and this will give you the correct height for your edited image.

This will give you the correct height for your 400 pixel image, without changing its dimensions or making the image out of whack.

Of course the calculator is there so you don’t have to do any of that pesky math yourself, you just have to input the values into the aspect ratio calculator.